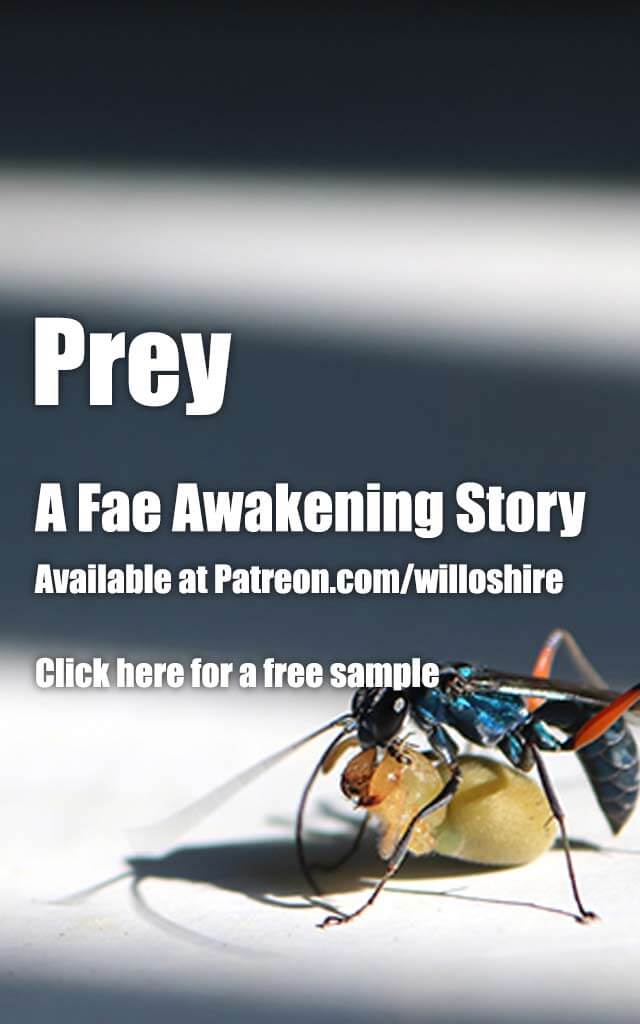 Jewel watched the crowd from her barstool, surveying the land for her prey, as she ran a finger around a glass filled with crystal clear vodka. Pounding music vibrated the club’s floors, sending waves up her stool beat after beat. Lights shot towards the ceiling, dancing in the air, swinging from side to side while intersecting the bodies of jumping dancers. Tonight, the crowded bar seemed like a perfect hunting ground.

It had been weeks since she’d been on the hunt, so she dressed in her nicest emerald outfit. The light show glinted off the shiny material, which matched the gold rings and necklaces with emeralds in their sockets.

Jewel silently waited. She lifted her drink with thin, feminine fingers, bringing the glass to her ebony lips for a sip. Nursing the alcohol kept her alert.

A crash at the bar caught her attention. Turning, she found a confused look on the bartender as he peered at the liquor shelf crossing above the bar’s mirror. A bottle wobbled. It fell to the ground, exploding into tiny glass shards and a shower of amber liquid. The bartender started cleaning the mess, apologizing to those caught in the crossfire.

Soaking up the mess with a pile of towels, he said, “Next drink is on the house.”

A series of happy hoots and hollers lifted into the air only to be drowned by the loud club music. Jewel lifted her leg, crossing it over the other, as she leaned her head against her palm. Her thick, black hair gathered on the bar. Staring into her drink, she wondered why one would be on the shelf, but such small creatures wouldn’t distract her from finding a male companion tonight.

It had been too long—way too long—since her last outing. She needed excitement, a night out, a change of pace from her life sheltered in her apartment after the last encounter.

A man in a black suit danced wildly, uncontrollably, like a fool, thinking he was the hottest thing in town. As he approached women, they scoffed and slowly retreated to their friends in safety. Frustrated, he walked to the end of the bar, finding several women congregating and finishing their drinks.

Jewel faintly heard his invitation. “Can I buy you a drink?”