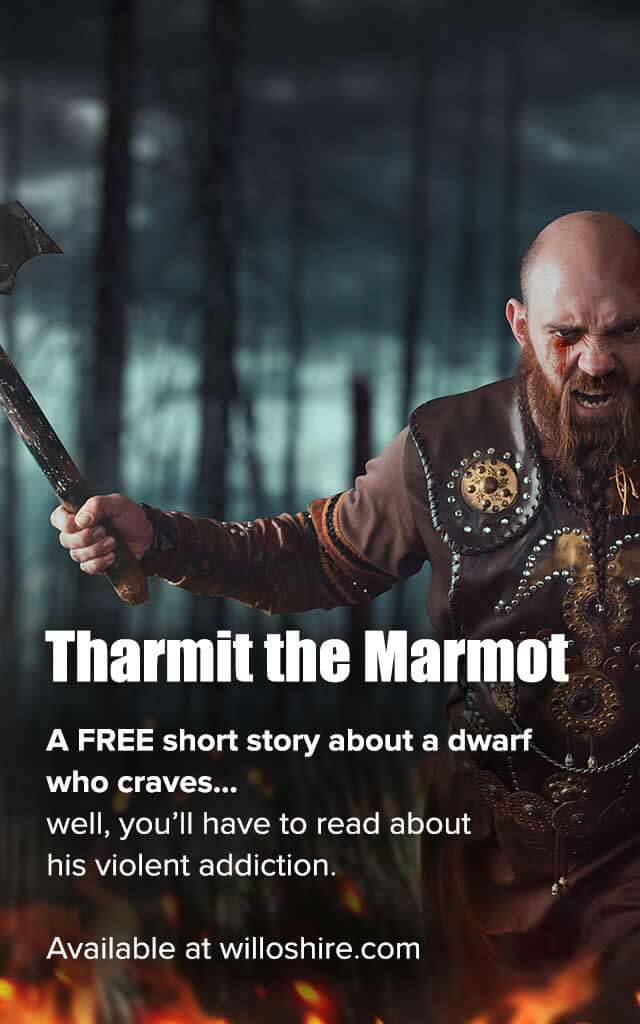 Read the full story on the blog »

Tharmit the marmot bared no resemblance to a marmot. The stocky dwarf walked into the gas station, shoving a frail human to the side. His bulky armor clanged through the aisle. Passing an end cap full of chips, the battle-axe hanging at his side caught the edges, tearing the bags open and spilling fried potatoes onto the floor.

As always, Tharmit made his way to one thing, the fuel of his life. He swung the door to the soda cooler open, almost breaking the glass when it slammed into the next. Reaching in, Tharmit found the new mountain dew meant to quench his thirst, a thirst built from slaying goblins with his blood-stained axe.

Tharmit made a point not to clean the axe—ever. Layers of blood dried to the blade with each swing against another dreadful goblin. Blood flaked into the air as the swings tired Tharmit’s arms, but never his mind. He bathed in the enjoyment of exterminating goblins, to his party’s chagrin.

When they went on a quest which they often did, the party left Tharmit in charge to barge into rooms, crash around corners, and smash his way through the darkness. He led the party to victory—the victory of goblin extermination.

Read the full story on the blog »