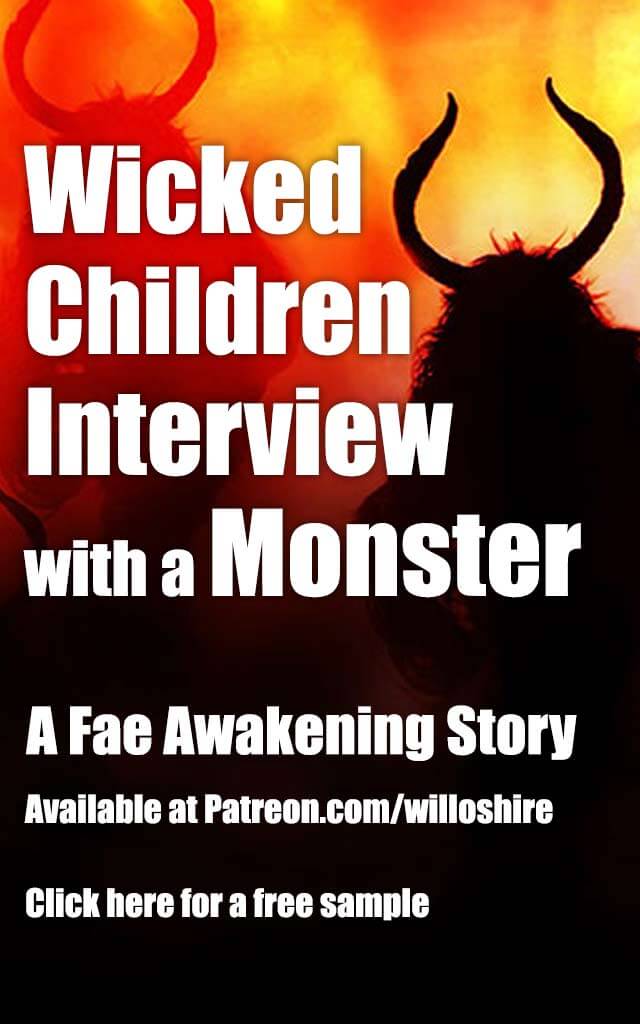 Wicked Children : Interview with a Monster

Published in I Want to Believe, a Well Spring magazine, by Jonah Brockman

I spent years searching for him—years traveling the globe looking for a figure hidden in myth and legend, one who terrified thousands, millions. The quest began in the Alpine villages of Europe. Packing a bag, I hiked from one village to the next, looking for those you might have a story to share, a sighting, an experience.

I wasn’t looking for those things, though.

I was looking for him.

As an investigative journalist, I spent the next decade traveling from one continent to another and back again, seeking unbelievable stories. The more unbelievable, the better.

My research uncovered the truth about creatures thought to be figments of our imagination, a collective symbol in our consciousness. I’ve met saints and sinners, vampires and werewolves, creatures that would make your skin crawl.

One thing is for certain…

Walking all around us.

And most are misunderstood.

That’s why I set out on this journey. I set out to put the record straight. Yet, I never thought I’d run into anyone who knew him. After months of traveling, with no stories, no sightings, I wondered if he really was a myth. Nobody would talk. Villagers acted as though they never heard his name. Many slammed the door in my face, a common practice when a westerner appeared—especially a journalist.

The Curse of Witchy Things

Inspired by Sarah, wand maker & friend of witchy things Creaking chains screeched against metal as the wind blew. Everyone thought they were safe, even Sarah. Despite being into witchy things, Sarah never expected the malicious creature to raise its head from underneath. A few days ago, it reached out

Get Your FREE Short Story

A gang of goblins rob a bank. Chaos ensues…